Silverlight from Microsoft was launched at the NAB conference in April 2007. It came as a competitor of Adobe Flash Player. It is a development tool, and a powerful one, for creating interactive and engaging experience for users over web and applications on mobile.

It was powered by the Framework of .NET, is a free plug-in and is compatible with many devices, browsers and operating systems. It brings the user a new level of web interactivity.

It was born in 2007, went up to its 5th version. In 2012, Microsoft declared to end the life of 5th version. The following year, the announcement came that they had stopped the development of the platform. However it continued to work on bugs and patches. The support for the 5th version ends in 2021.

It was used widely in providing NBC the coverage of Summer Olympics in Beijing and the conventions of the two major political parties of United States in 2008 and the again in 2009 of the winter Olympics in Vancouver. Even the Netflix and Amazon videos used Silverlight for the instant streaming of their videos. In the duration of five years, it was developed in five versions with different supporting platform.

The History
The first version was developed and its code name was WPF/E. WPF/E was the abbreviation for Windows Presentation Foundation/Everywhere. It was released in 2007 and consisted of the core presentation framework. The second version included Microsoft .NET Framework. It used the same version of Common Language Runtime as .Net 3.0.

It enabled the second version to execute any program in any language .Net language. In September 2008, the third version was announced and was unveiled in Las Vegas. Its beta version was made available to be downloaded the same day. July of 2009 saw the release of the final version of Silverlight 3, with more controls that included things like TreeView and DataGrid etc. A year later, the beta of the fourth version was released in November. And it took a year for the final version to be released. This one had the features of supporting the Chrome browser as well as microphone, webcam and much more. Lastly in 2011 the fifth version was introduced with playback speed control, 3D graphics as well as remote control and support for 64-bit.

This plug-in came as a blessing for developers. It gave them the ability to target a consistent run time for the applications that were browser based. They no longer had to deal with the issues of multiple browsers and their different versions. It gives you the effects in videos and MultiMedia that are hard to obtain with just HTML and Java. Another advantage was to be able to execute the code of .Net without having to deploy the .Net runtime. It offers a small download of windows installer, about just 4MB and all of it is handled within the browser. It made the installation easy and smooth.

It also offers a promising performance and support for Moonlight. It interprets XAML directly. The component vendors from third party are doing well with the add-ons from Silverlight. It has the Macs popups everywhere. This makes you able to take your .NET code across various platforms. When you can migrate the C# and Visual Basics codes to cross platform, it gets increasingly beneficial. It is indeed the large and main selling point for Silverlight. It offers many advantages like the ones mentioned above.

The first issue is that Apple doesn’t even allow Flash and that means there is no chance for Silverlight. It can be said that this new thing was a little late for the game. Flash was already leading the race. Also, the design world is ruled by PhotoShop.

There are certain incompatibilities that make using the two tools of Expression Blend and Visual Studio a hassle. It doesn’t offer any support for the video codec H.264. What makes it a little more undesirable than Flash is that it can only be used with browsers and not desktop.

Running this add-on on your browser can compromise your computer in the hands of malicious hackers. You can protect your computer from these attacks in several ways. However it is important that of you don’t want to let it go from your computer, you must keep it updated. Updating the software is important for staying safe online. For checking the updates, you must first check the version you have installed in your system.

For this, visit the website of Microsoft Silverlight. In a few seconds it will display what version you have. The updates are provided automatically with the standard updates for windows. And uninstalling it is like uninstalling Flash. Go to control panel, then select programs and features. Select every application that starts with Microsoft Silverlight and click on uninstall. You are done.

It came as an excellent alternative to flash. Lightweight and not that shabby made it a good choice over Flash. HD videos and its sounds had been better. However, HTML5 made it outdated. It had issues running in Chrome. Many web pages don’t even use it. However, it still is good with Netflix and also for coding. Its API makes coding way simpler than ActionScript. For many, it wasn’t anything like they pictured and many didn’t even think it did anything for them.

The bugs it had made the apps using it a little slow. But we can’t deny that it happens with many digital ideas. It makes certain things good and easy while faces trouble with the others. Had it come a little earlier, it could have seen a better time. As it never had much time to be developed and established as it could be and with HTML5 as its competitor, it hardly stood a chance. Some people will miss Silverlight like the users who have experienced Netflix with it.

Also, the .Net developers since it gave them an awesome and easy way to create sites that are rich in contents. However, some think it is a little bloaty and needs to be sleeker than it already is. We are hoping that Microsoft works a little more on it, fixes it and gives it a new face, making it a little sleeker and then brings it back to us. Maybe then it will have a life longer and better than it had now. We sure will want to see the better Silverlight again. 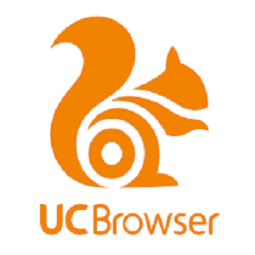