Computer worms are such malware which spread across systems through duplication. An independent computer program which can clone itself to spread through a network falls under the category of computer worm. Each clone can self-replicate to create multiple duplicate copies itself and propagate through a network, local area or wide area.

Computer worms are generally referred to as network worms given the manner in which this kind of malware propagates. These programs spread across a network of computers, connected via lines or the internet, by self-replicating. A clone will be created on another node which can then replicate itself to another node. It can duplicate itself on a computer or a server itself without intervening with any process.

There is a common misconception that the term computer worms can be used as a synonym for computer viruses. There is significant difference between the two kinds of malware.

How Do Computer Worms Work?

A computer worm has an ability to replicate itself and spread across a network of computers. It identifies the nodes to which it can copy itself to and creates an independent clone of itself which can further reproduce clones. A computer worm is often not discoverable for it does not infect files, hamper functionality or destroy data. An infection with a computer worm can result in an outflow while buffering, computers may disconnect from the network server, and it may infect processing speed or internet usage by consuming bandwidth.

Computer worms basically result in exhaustion of resources in a system which results in processing and connectivity glitches. Since these glitches can be attributed to several software and hardware errors and issues, it is quite difficult to identify the existence of a computer worm on a system. All a computer worm requires to clone itself to a computer system is inadequate security, online and offline. Any unprotected or under-protected computer can be infected by a computer worm which can then reproduce like a rabbit and find other nodes on the connected network.

Scope of A Computer Worm’s Infection

The basic working mechanism of computer worms is based on the programs’ ability to self-replicate. Each duplicate copy is capable of reproducing multiple clones of itself. Since each replica can create a number of copies of itself and crawls from one system to another through a network whether a local area network or through the internet, it is almost impossible to stop its propagation. A computer worm spreads quicker as compared to other malware, especially computer viruses, and is undiscoverable. Therefore, the scope of a single computer worm’s infection is very wide. It can infect thousands of systems within a couple of hours.

The email worm is the most usual suspect. It can be downloaded onto the system as an email attachment, create clones and spread across nodes on a local area network or trigger a malicious email chain sending infected emails to a number of computers connected to the same internet server. Each of the infected emails would contain replicas of the computer worm which would then be downloaded onto the new host computer, reproduce itself and continue to propagate further.

This is the age of instant messaging with several social and chat messenger apps available to millions of mobile and computer users across the planet. Increased use of these apps has brought forth a kind of malware called the instant messaging worms which self0replicate and spread by using contacts information of these apps, usually in the form of infected links forwarded to all contacts.

Internet worms are the computer worms which emerged after internet usage increased worldwide. These worms create TCP clones and can infect a computer accessing the infected web links on the internet.

File-sharing worms are the oldest kinds of computer worm which replicate to shared folders on local area networks and the copy to nodes which are accessible through that network. These clones are in form of folders which can be shared through a network server.

Any computer worm can access a computer through any network only if it is not adequately protected. In order to keep a computer safe from this kind of malware, it is important to have a strong protection software which provides comprehensive online and offline security. Since it is almost impossible to identify the existence of computer worms, there is no other way but precaution to prevent this malware from infecting a system.

Computer worm are kind of malware which spread by creating clones of the original program and copying to a number of computers across a network. The clones are capable of further reproduction of replicas. The computer worm results in exhaustion of a system’s resources and affecting its speed. Internet and PC security software can protect against any kind of computer worms. 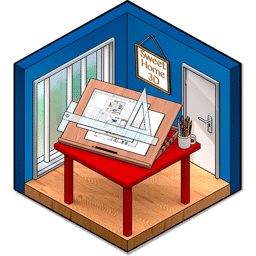